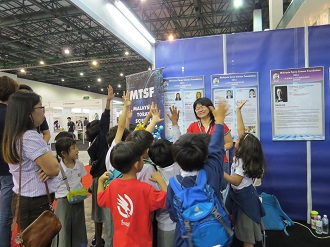 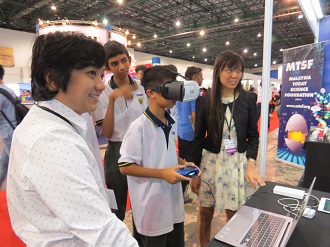 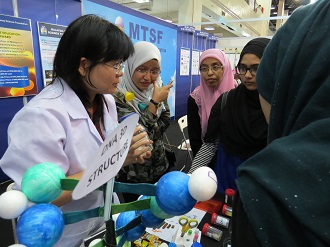 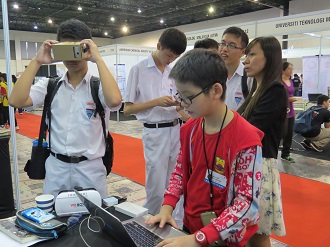 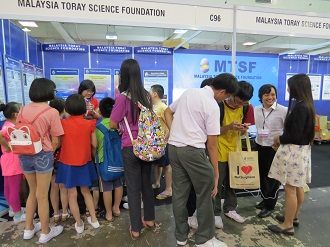 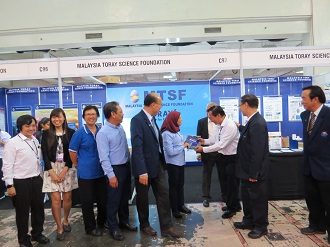 For the 3rd consecutive year, Malaysia Toray Science Foundation (MTSF) participated in the KLESF 2017, held from 3rd to 5th November 2017 at Kuala Lumpur. MTSF’s participation is line with the Foundation’s objective of promoting science & technology in Malaysia, particularly to showcase winning projects offered under the MTSF Science Education Award.


MTSF’s booth, demonstrated by past winners, Dr. Crystale Lim Siew Ying from UCSI University and Ms Isabelle Wong Minh Chjiat from Sek. Men. Keb. Dato’ Jaafar, Johor attracted much interests and enthusiasm among the school students, young researchers and educators who thronged the fair. With some 500 exhibition booths put up by many Malaysian universities, schools, agencies, NGOs and industry players, including participants from Philippines, Cambodia and Thailand, KLESF is one of the biggest premier science fairs in Malaysia. Over the 3 days, it was estimated that some 60,000 visitors visited the exhibition booths, besides participated in the countless educational talks, workshops, science competitions and hands-on activities.


In officiating the Opening Ceremony, Dato’ Sri Nancy Shukri, the Minister in the Prime Minister’s Department (in charge of Malaysian Industry-Government Group for High Technology, MIGHT), thanked KLESF for bringing the various agencies, industries, parents, young scientists and the community together to support the Government efforts to transform the education system under the Eleventh Malaysia Plan (11MP) and helped transform Malaysia into a developed country. She reiterated that the responsibility to instill awareness on the importance of STEM has to be shouldered by not only the government, but also by the private sectors, parents and the community.


The Minister later stopped by at MTSF booth, to specially thanked MTSF for playing its significant roles in advancing science & technology in Malaysia.